Get a quote
Generator Project 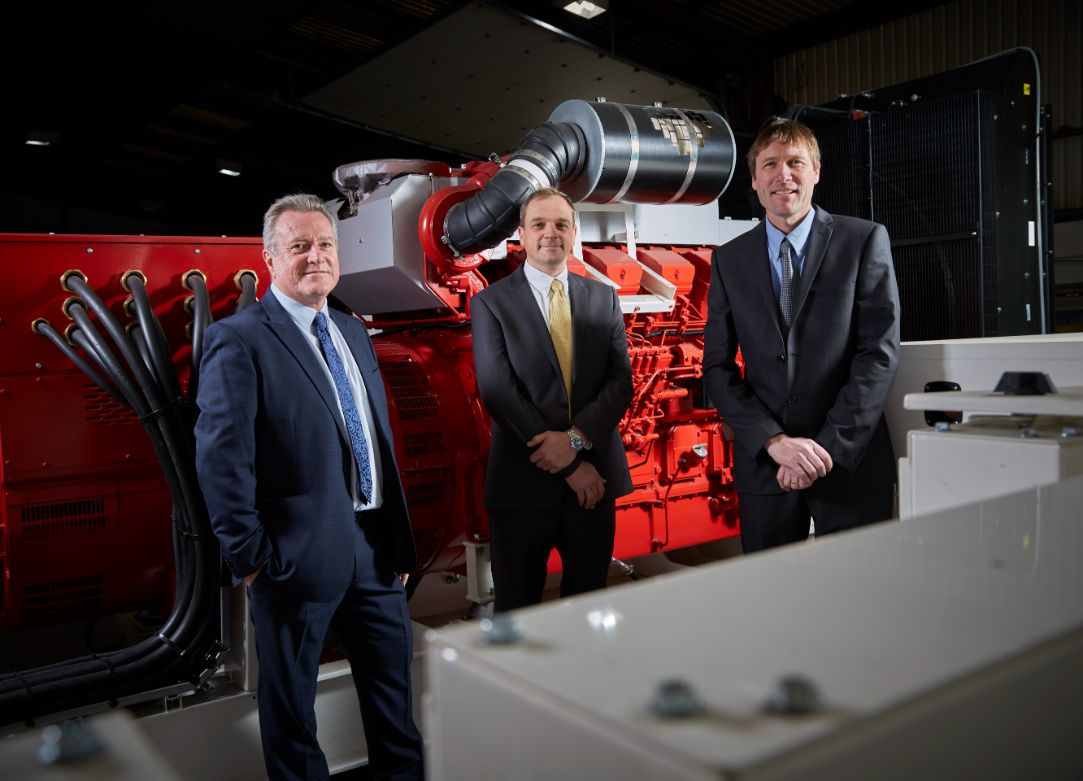 A contract to install back-up power for a major new project in Saudi Arabia has taken York-based family business Enrogen ‘into the Premier League’ of UK manufacturing.

The firm, established in 2005, has been selected to install 12 diesel back-up generators at a huge new data centre being built by a global computer company in Saudi Arabia’s north-eastern region, representing Enrogen’s biggest-ever deal.

As a vote of confidence in what the contract win means for its future, Enrogen is creating further capacity by building a state-of-the-art fabrication plant at its Pocklington Plant near York. It has also launched a recruitment drive to employ more skilled and unskilled roles to boost its workforce.

Enrogen specialises in the manufacture, fitting and ongoing and emergency maintenance of diesel back-up generators. Its generator sets help ensure critical systems can be maintained in the event of power outages at high-risk facilities including super-prisons and hospitals.

This latest deal will help ensure the integrity of significant amounts of data, stored in the Cloud by the computer firm that has commissioned the installation at a new business park which is so big, it will be serviced by a new road and rail network in the middle of the desert.

While Enrogen has seen consistent year-on-year growth since it was established by brothers-in-law James Brown and Gavin Wilkinson in 2005, and has remained buoyant despite the recent challenges caused by the global coronavirus pandemic, this latest commission has taken it truly global, according to Sales Director Kevin Griffiths. It could open the door to further Middle-Eastern projects which would cement its place on the world stage and potentially double the size of the firm over the next four years and beyond.

“It’s already won us the ‘Exporter of the Year’ 2021 award from the Association of Manufacturing Power Systems,” explained Kevin, “and there’s no doubt this deal will get us noticed in this industry.

“Doing a good job of this install, which represents our biggest project ever, will hopefully pave the way for further commissions out in other parts of the Middle East, which is a real growth centre at the moment, particularly for areas like computing and data housing, and financial services, because – as well as undergoing significant growth itself – it is ideally placed to act as a conduit for supplying key infrastructure services to developing economies nearby.

Enrogen was one of the smaller companies to pitch for the Saudi job, which is being handled by a UK intermediary, and won based on its unique bespoke manufacturing expertise.

The project requires generators running on 60-hertz power, which are more common in the US and Saudi Arabia, rather than the 50-hertz systems that are more common across the world, and Enrogen had to source special Mitsubishi engines from Japan which can meet these alternative power requirements.

Enrogen will build and test the systems in the UK and then disassemble them for transporting to Saudi, before rebuilding them on-site at the new business park.

“It’s a specialist job that not many companies in the UK can actually do,” explained Kevin, “Certainly very few independent manufacturers. There are a lot of generator manufacturers that supply basic, off-the-shelf solutions, whereas we build our generator sets to suit what each client wants, which is outside many other firms’ comfort zones.”

Back-up generator sets like those manufactured by Enrogen are designed to ‘keep the lights on’ at critical sites if they experience power outages that last beyond what their battery back-up systems are designed to cope with, and represent crucial kit in a world where so many functions are controlled by sophisticated computer systems.

Members of the Enrogen team, including owner James, have been out to Saudi to meet fellow contractors and assess the requirements.

“The site is basically in the middle of the desert but we’ve seen computer-generated images of what it will look like in the future and it’s going to be a huge business park featuring all sorts of companies and even served by its own railway network,” explained Kevin.

And the scale of the project is taking Enrogen into new territory, in a multitude of ways.

“It’s clearly an important project to Saudi Arabia and that makes it a big thing for us too,”  he continued.

“Dealing with global exporting to the other side of the world has represented new territory and a learning curve for us, albeit facilitated by a UK-based logistics company with representatives who speak Arabic, which is helping us to transport the generators ready for our team to commission on-site.”

The company also prides itself on employing local people and offering the best of UK engineering on the world stage, representing the culmination of years spent building outstanding experience and expertise.

“Securing the Saudi job has generated a strong sense of pride within our business and its workforce. It’s already doubled our turnover and we all feel a real sense of excitement and drive in terms of the opportunity for future work this could bring,” added Kevin.

“The UK used to be one of the biggest generator manufacturers in the world and that has slowly declined as companies have gradually moved their production to China or Eastern Europe. However, we hope to play our part in putting UK back on the map and champion British manufacturing, and hopefully this project win is just the start of that.”

Back to all projects